Yesterday, we basically did nothing…so tired from the trip, and getting in so late the night before..or the morning of…Anyway, we just wanted to sleep…so we did.  Today, we went to a movie and lunch with friends.  We saw the new Brad Pitt film, “Ad Astra.”  If you want to waste money and time, this is the movie for you.  It’s basically supposed to be a psychological look into Brad Pitt’s character, but is so repetitive and boring, each of the four of us were napping throughout.  That’s never happened to us before, and we go to movies together at least twice a month…I thought maybe I was overly tired from the trip and being overly critical of the movie…As soon as it ended, our friend said he wished we could have walked out halfway through….we told him he should have suggested it, as we thought it was terrible….So bad, and not worth the two hours you could waste if you choose to see it.

Rich is finally allowing a few of the photos he’s taken to be shown.  The first was taken the day after the wedding at the beach.  Their dog had several wardrobe changes, and this was his first look.  We loved the look of this photo…..and the second is one of the posed shots for the couple to possibly use for their newspaper photo….If I know them, I think they will choose the one on the beach….. 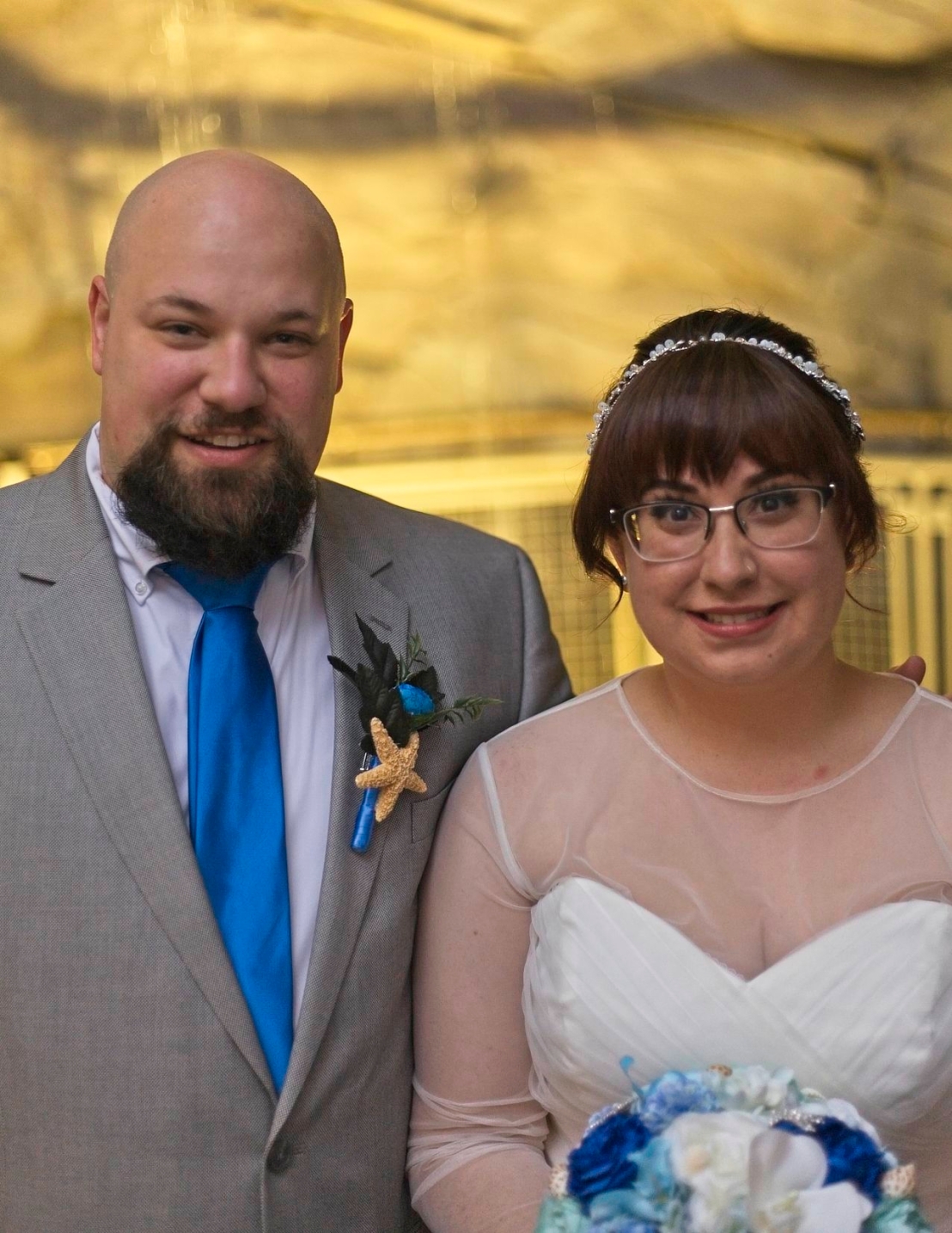 I can’t make any promises that I won’t be uploading more wedding photos….because apparently I’m obsessed.  Such a sweet couple, and so happy with each other.  The dog’s name is Oliver, and he was Mike’s gift to Melissa when she graduated from the Paul Mitchell Hair Academy in LA….I wish you could see the tie he’s wearing..The light blue with blingy bow was a gift from Aunt Sandy and Uncle Rich and the tie he’s wearing is a blue, brown and white checked long tie, but we didn’t have a chance to tighten it so you can’t see that it’s a real tie..It was so hot that we didn’t do the wardrobe changes as effectively as we could have…but in the end, has Melissa put her finger behind his neck and pull the neckties up so they were in the right spot…Love how her head is tilted toward Mike…that’s all the photographer’s doing…that Rich, he’s quite the guy….